Attorney Mark S. Hanchey is originally from Louisiana and graduated from McNeese State University in Lake Charles, Louisiana in 1986. While there he majored in Government and received a 3 year Army ROTC Scholarship. He was named both a Distinguished Military Student and Distinguished Military Graduate, receiving his commission in the United States Army in 1989. He was also a recipient of the prestigious George C. Marshall Award.

While at McNeese, Mr. Hanchey also competed on the school's nationally renowned Debate Team, winning Regional, State, and National Honors. Mr. Hanchey and his partner competed directly against the Harvard Debate Team his Senior year and swept the competition at that time. In 1986 Mr. Hanchey began his studies at Louisiana State University at the Paul M. Hebert Law Center and graduated with a Juris Doctorate in 1989. 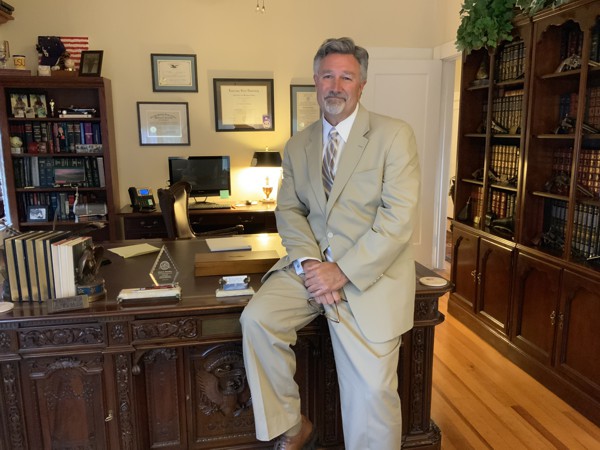 He was also Head of Fort Carson's Extended Legal Assistance Program which was the only program in the United States Military at that time which allowed United States Army Lawyers to defend soldiers in civil matters in the Courts of Colorado Springs. Mr. Hanchey was Honorably Discharged from Active duty in 1992 although he remained in the Reserves for 6 years thereafter.

In 1992, he began his civilian Criminal Defense practice and was associated with the Law Firm of Lee K. Rosenbaum until 2000. In 2000, he opened his own firm, the Law Firm of Mark S. Hanchey, and has remained at the same location since that time. Since 1992, Mr. Hanchey has practiced in virtually every jurisdiction in the state of Colorado as well as United States Magistrate Court and United States District Court in Denver. He has gained the respect of his colleagues and Judges across the state.

The Law Firm of Mark S. Hanchey continues to practice primarily Criminal Defense and is committed to the ideal that everyone has the right to affordable and effective representation concerning criminal charges. Mr. Hanchey still has a very active practice on Fort Carson and the other surrounding Air Force installations as well. As a former JAG attorney, Mr. Hanchey has always maintained a special interest and desire to help soldiers, airmen, and their dependents.

Please contact our office for a Free Consultation as to your criminal or traffic case.